Since my first travel blog is no longer on-line, I am re-visiting some of my earlier travel experiences.  This one is from 2011.

The Monarchs lay their eggs on milkweed plants and then die. After four days, baby caterpillars are born and they devour the leaves of the milkweed for two weeks before spinning their cocoons. About ten days later, the butterflies emerge. The diminishing amount of milkweed plants in the US accounts for the decreasing number of Monarchs. 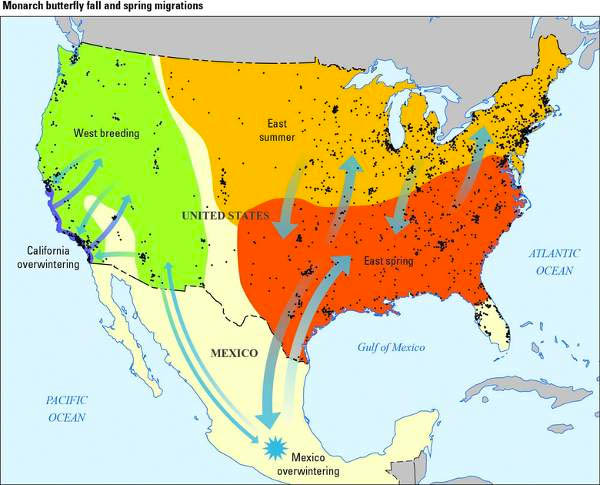 In 2011 I and friends, Linda and Steven Cohen, visited the Monarch Butterfly Biosphere Reserve in the state of Michoacan, Mexico, a UNESCO World Heritage Site.  The reserve covers 350 square miles of high altitude terrain (up to 10,000 above sea level) where millions of Monarchs spend the winter in hibernation.  The butterflies are attracted to this area because of the altitude and the forests of oyamel firs on which they cling.

There are several entrances to the reserve and our guide took us to the one that offered horseback rides into the mountains. The soil was dry and loose and our horse would occasionally slide on the steep grade while kicking up clouds of dust. 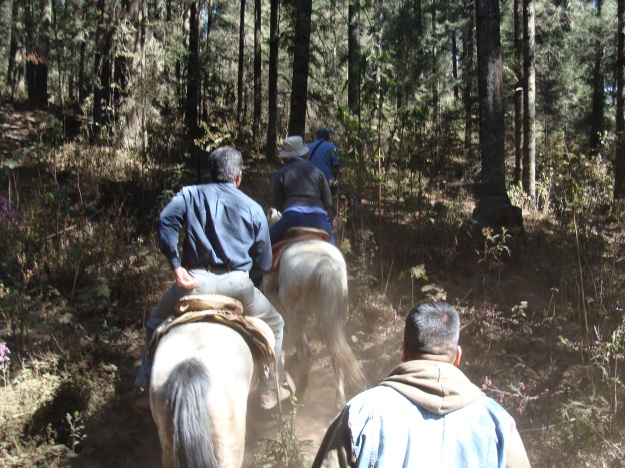 After traveling by horseback long enough to get a sore butt, we then walked the rest of the way.  We began to notice some butterflies, then as we continued the butterflies became more dense until we were in the middle of the colony.  The boughs of the fir trees were sagging with the weight of butterflies – a lot of them when you consider how light one butterfly is! And because we were there in March, the butterflies were coming out of hibernation and filling the air creating a magical scene.

I spent my time alternating between being awe struck and photographing. I took hundreds of picture and present just a few here. 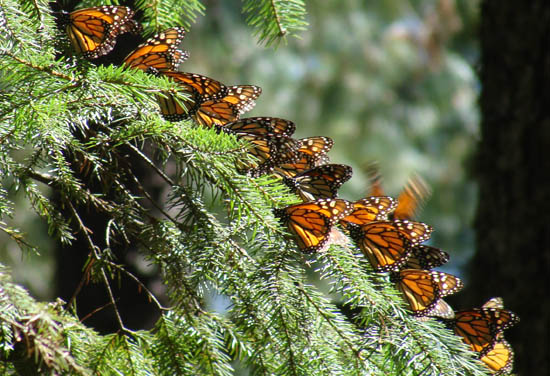 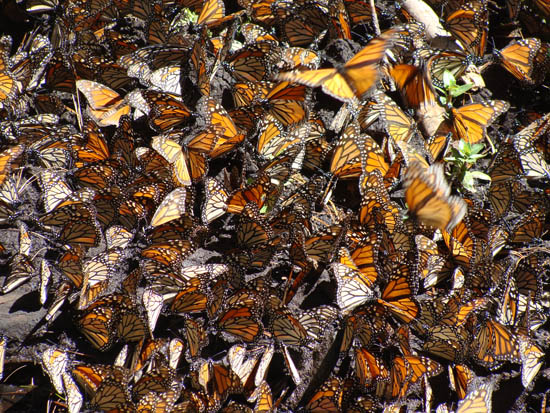 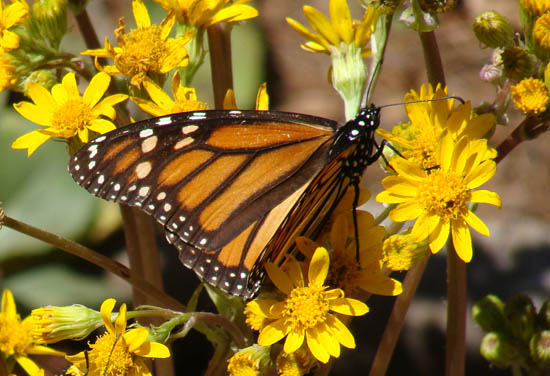 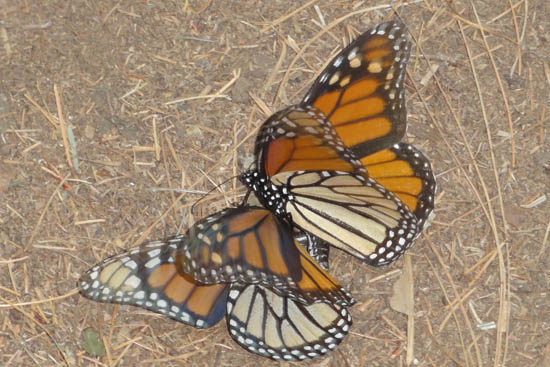 The Monarchs mate in Mexico and deposit their eggs on milkweed in Texas where the next generation will return to the northern US and Canada.

Here are Steven and Linda who were so patient with me as I struggled with breathing difficulties at the highest altitudes!

I am looking forward to planting a garden of milkweed next summer to help sustain the Monarchs!