I took a 30 mile side-trip from Las Vegas to visit Hoover Dam.  What an incredible construction project!  I thought Las Vegas was huge in scale until I saw the dam!

Here is an aerial view of the dam, the Colorado River, and Lake Mead.  The red arrow is pointed to some cars to give you an idea of scale. (Many of these photos are from the internet.)

The dam was constructed to control the devastating flooding of California croplands and to generate electrical power.  It is considered to be one of the Wonders of the Modern World. 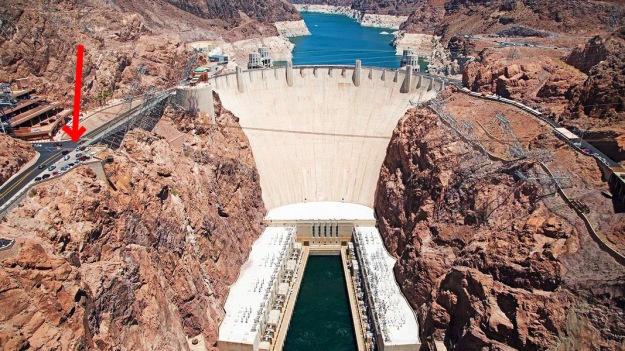 The dam is located on the state line between Nevada (left)  and Arizona (right) with a road that passes over the top of the dam.  Because the dam attracts so many tourists, the road became a bottleneck for local traffic. In 2010 an arched bypass bridge was constructed just south of the dam – another spectacular building project!

During the construction of the bridge when the arch was completed. 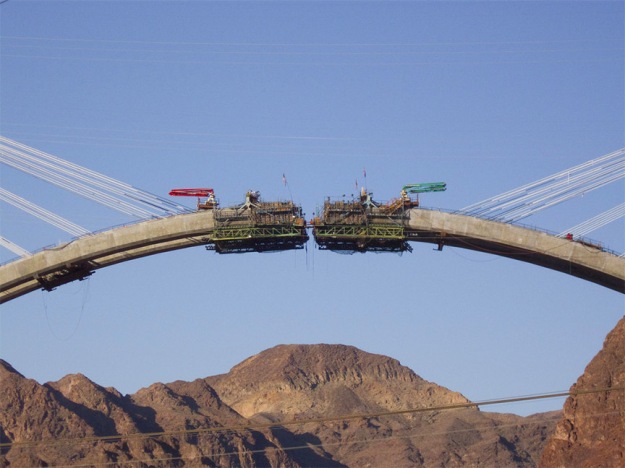 The dam was constructed between 1931 and 1936.  To build it, the Colorado River had to be diverted so a temporary bypass was created.  On the right in map below,  a barrier (red-orange) and the underground diversion pipes (lavender) are depicted.  The 4 pipes were 56 feet in diameter and, combined, measured 3 miles in length. 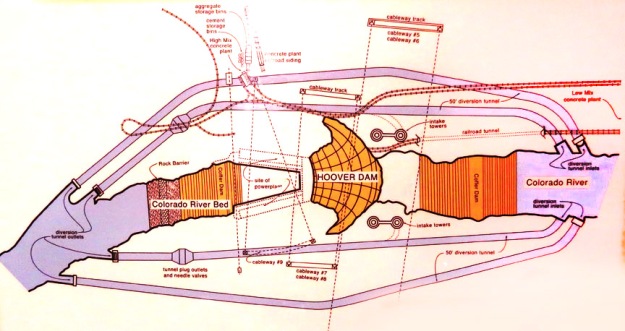 A section of a diversion pipe. 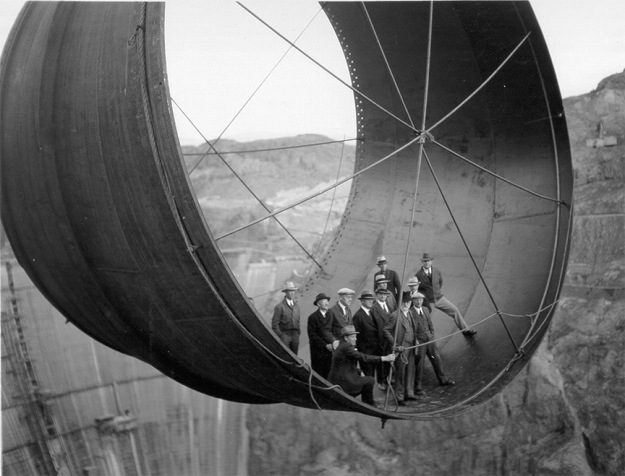 The dam was built with huge, steel-reinforced concrete blocks, constructed on site.  The base of the dam was thicker than at the top. 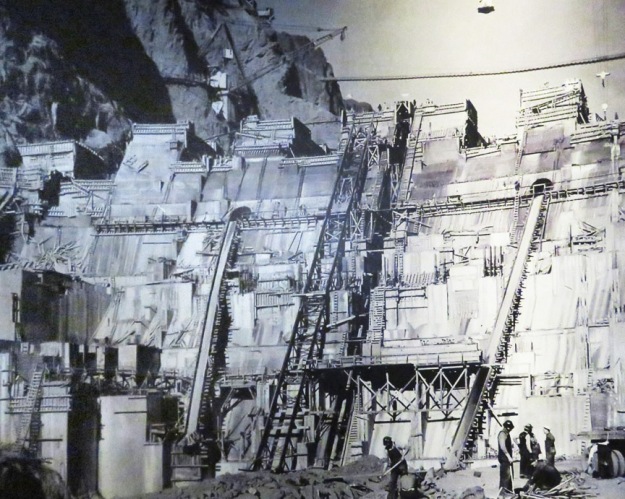 Molds were made for the blocks, they were filled with concrete, and when cured, another layer of blocks was constructed on top.

Diagram of the block construction.

The blocks were huge. (Maybe the size if a transport container.)  The concrete was delivered in big buckets. 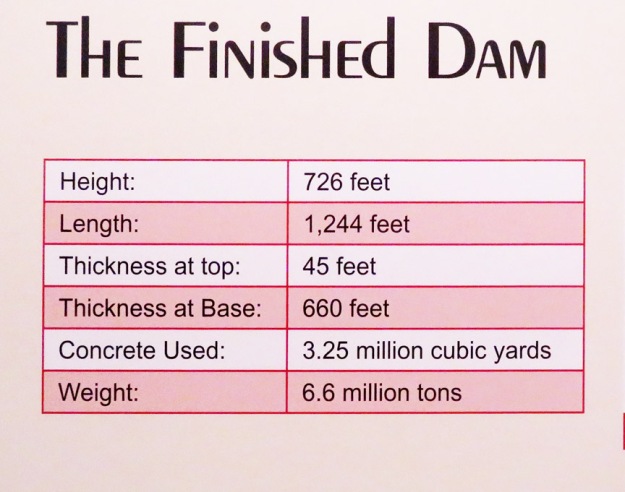 Constructing the dam was one undertaking, the other was the infrastructure and housing for up to 5250 workers and their families.  A rail line was built across the desert to the site to bring in materials and supplies.  During the first summer, workers and their families lived in shanties and tents in up to 130 F temperatures.  The location was called “Rag Town” because rags were used to cover poles to provide shade. The following year, basic housing was provided nearby, a site that is now Boulder City.  Transporting thousands of workers from their homes to the site was accomplished with transporters carrying 150 men at a time.

Of the 5000 workers hired for the project, no more than 30 were black.  Native Americans were hired for scaling the sides of the canyon, very dangerous work. These workers dipped their hats in buckets of tar to harden them – the first hard hat.

This is a sculpture honoring the the Native American Scalers. 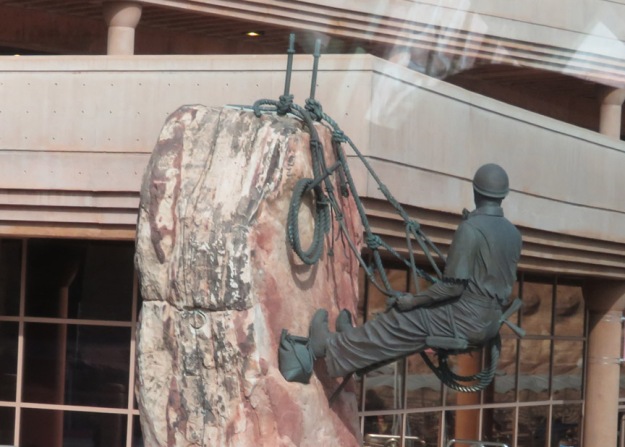 Two hydroelectric power plants exist at the base of the dam, one in Nevada with eight turbines and the other in Arizona with nine.  I visited the Nevada side.

The power that is produced is part of a grid that provides electricity to neighboring states. This diagram shows the grid. 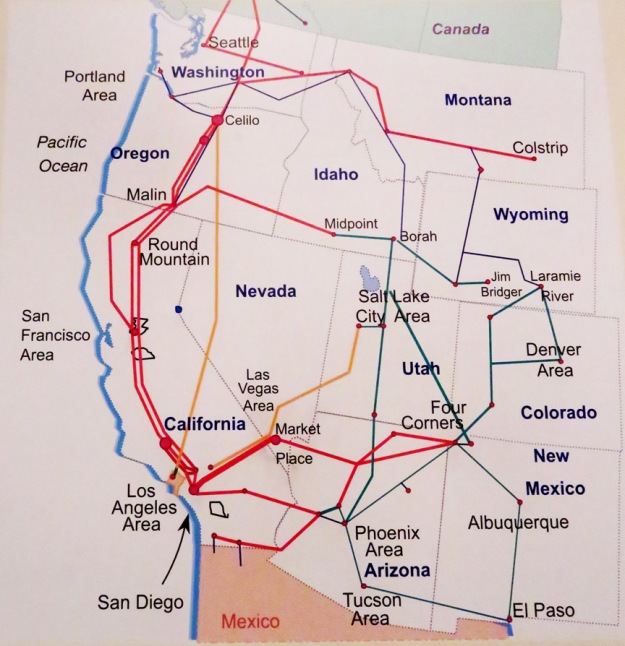