I am reposting images of a trip that I took several years ago to experience the Day of the Dead in Oaxaca, Mexico.  I am reposting because the original posting was on a blog site that has since been taken down.

I traveled with Charlotte, my travel buddy and high school friend, and we stayed in an apartment in the heart of the city. We arrived several days before November 2 so as to discover pre-celebrations.  Three days ahead of the Big Day, parades started taking place with people in costumes and face makeup and lots of musicians, all in a festive atmosphere.  Even people not in the parade wandered the streets in makeup while gringos looked on and snapped photos. 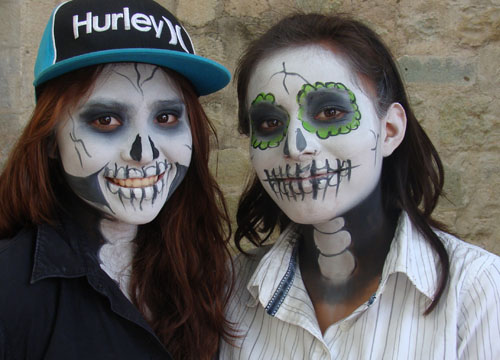 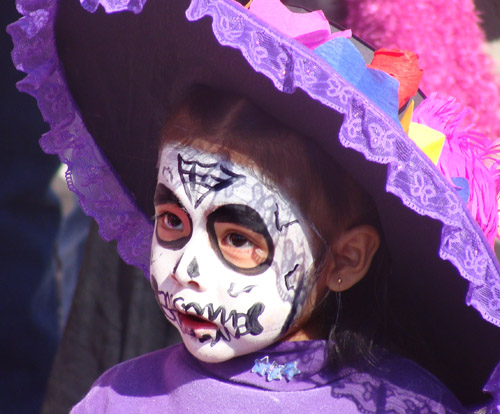 The theme of death might seem gruesome, but the Mexicans embrace its mysteries though elaborate ancestral traditions that include parades and costumes, food, decorations, altars, images, prayers, mourning, and offerings. The celebrations are full of remembrances, nostalgia, and respect for those family members who have passed on.  The souls of the deceased return on October 31 to reunite with the living which is both a sad and happy occasion.  These traditions have roots in Pre-Colonial Central Mexico.

An image that has come to signify the Day of the Dead is La Calavera Catrina, meaning “Dapper
Skeleton.” It originated from an etching by Jose Guadalupe Posada, an early 20th satirical artist.  The image depicts a skeleton in an elaborate hat as a way for the artist to mock the indigenous people who took on the life style of European aristocrats.  The popularity of the image also connotes the Mexican outlook of making fun of death.  (Painting faces white and black emphasizes the features of a skull but also references the French use of white makeup to lighten the appearance of their skin and Posada’s distain at its use by Mexicans to deny their ethnic identity.) 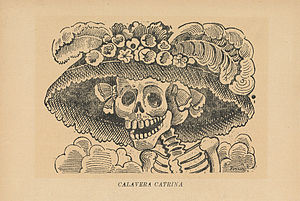 One of the art schools had a contest for students to create Catrina bridal outfits from recycled material and paper.  Here is the winner.

Many of those in the parade did the zombie walk. 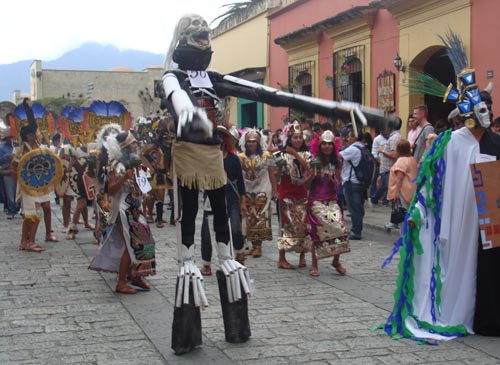 There were also skits demonstrating that no one escapes death.

Also, coffins were plentiful as were references to Satan. 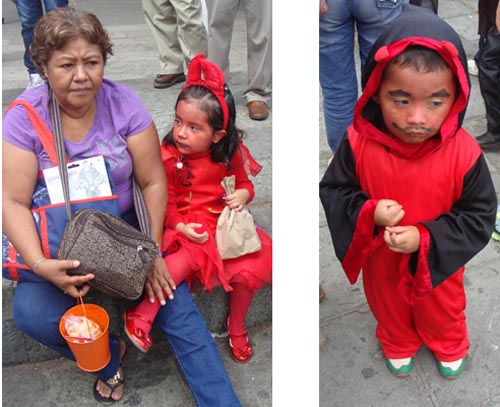 Throughout the city were altars decorated with photos of the deceased, their favorite foods and items such as cigarettes or playing cards. 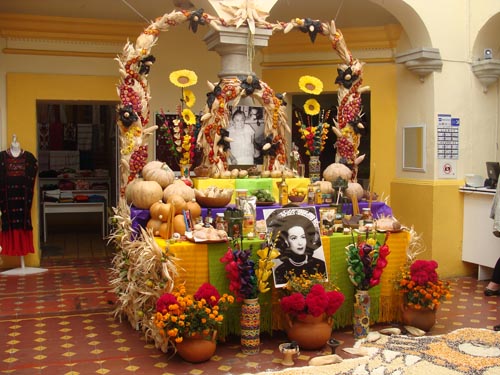 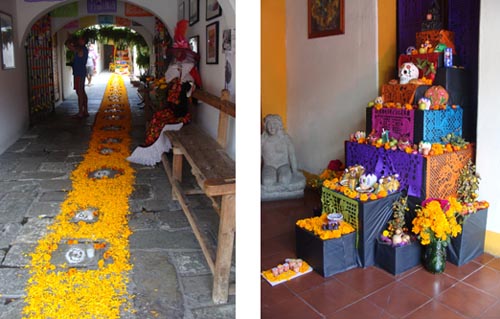 2 thoughts on “Oaxaca Day of the Dead 1”