All of the people we met where welcoming and congenial (except for the Russian hotel staff at the Dead Sea.) English is spoken wildly and taught in the schools, so communicating was fairly easy.  We also enjoyed people-watching because of the cultural diversity of dress.  Here are some people that were not mentioned in earlier posts.

I chatted with this young women in Amman while we were sitting on steps eating street food. 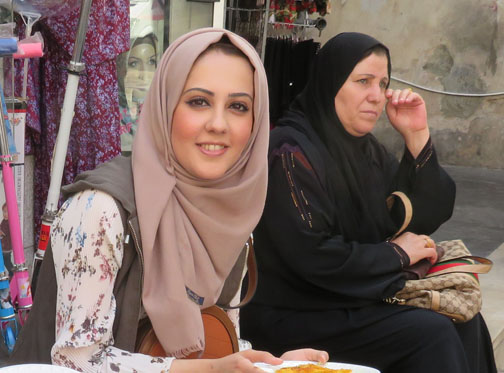 I observed these women from Saudi Arabia in a restaurant.  They were all on their cell phones. 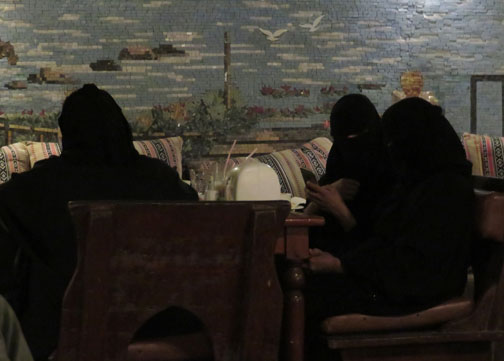 This fellow was selling incense in the Old Town market in Jerusalem.

Here is his frankincense and myrrh. 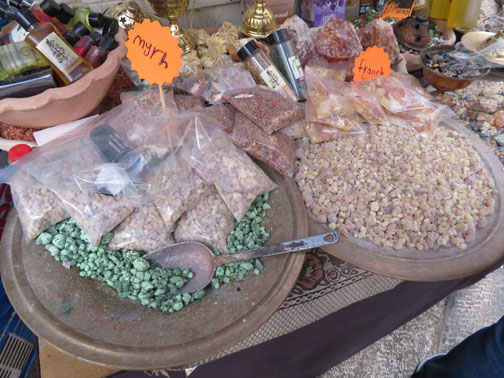 This fellow was a chatty juice vendor.  He prepared fresh pomegranate juice for the group.

This fellow was mending a carpet in one of the markets.

This is Abraham, our Bedouin guide, on the Jeep tour of the desert. 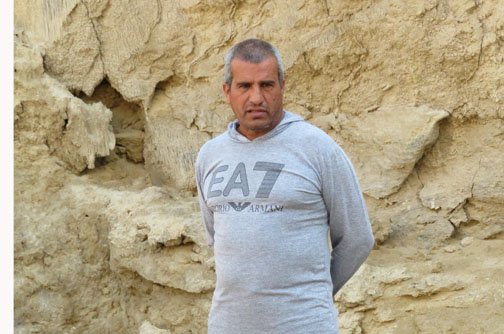 This is Betsey who chatted with a charming donkey driver at Petra.  We agreed that he looked like Johnny Depp.

This is the mule driver that we hired for our retreat from Petra. 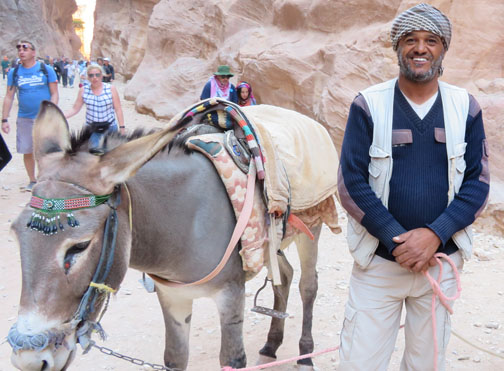 This is David Miro, a coppersmith and an Iraqi Jew. David was one of many who fled to Israel from Baghdad after the 1941 pogrom called the Farhud. Almost 800 Jews were killed. The Grand Mufti and Hitler were linked to the Farhud. After the Farhud, life became unbearable for the Baghdad Jews. By 1950 they were allowed to leave. Many of them went to Israel and continued their business of copper work. (Photo by Rick Dallin)

This was our guide in Bethlehem.   Hasraf told us that his father was Orthodox and his mother was a Roman Catholic.  To avoid conflict, he said was an Arab Christian. 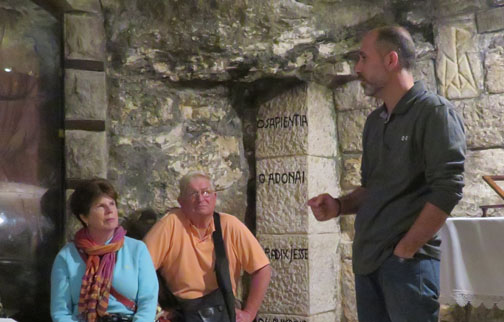 This fellow, a Hasidic Jew, entertained us in a plaza in Jerusalem.

This is Sandra.  She shared with us the story of her family during the Holocaust.  She was a child in Poland and separated from her family – her father was taken to a camp and her mother disappeared when Sandra was three.  She was hidden by a non-Jewish Polish nanny, then taken to a refugee camp, then to a school in France in preparation for being sent to Israel.  After the war, she was reunited with her father, but became estranged from him.  She immigrated to the States where she had three daughters.  The whole family now lives in Israel. 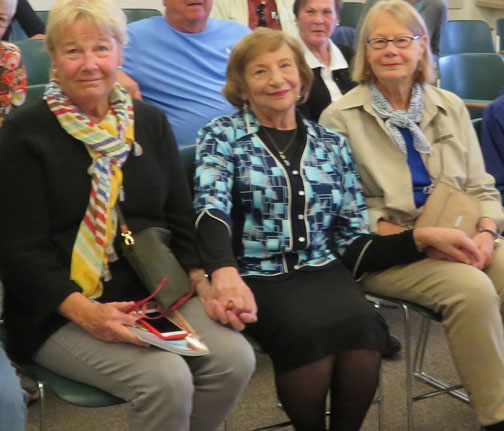 This is Luna. She was our guide at the kibbutz and showed us around the complex. She  described her experience living there and how, over the years, the rules and guidelines have evolved and have become more liberal.

This is Doris who hosted us for lunch in Jaffa. She shared with us her life in Israel as a Christian Arab Israeli who was born in Jaffa and whose family originally immigrated to Israel from Lebanon.  She is a vivacious, former Israeli beauty pageant winner who demonstrated to us that she is her own person!

This couple, Connie and Joseph, told us about their life style as Ultra-Orthodox Jews. Joseph explained his beliefs to us and answered questions about his study of Jewish texts and how they are raising their children.  They were a delightful couple.

This Muslim family entertained us in their home in Amman, Jordan.  Omar is in 11th grade and planning to study engineering when he graduates from high school.  His sister, Sarah, (standing next to him) is attending law school and wants to specialize in civil rights.  Jasmine, the little girl, was very sweet and somewhat shy.  Teg, the mother, is married to a tour guide.  The woman to the left helped serve the meal.  They all spoke English very well, including Jasmine, and were a really fun family!

This is Firas, a Palestinian Muslim, who talked to us about the Israel – Palestinian situation and how each area, the Golan Heights, East Jerusalem, the West Bank, and Gaza, have different histories and unique politics and how complicated the issues are. There are no easy solutions, but he is optimistic that little steps forward can eventual resolve the conflicts. 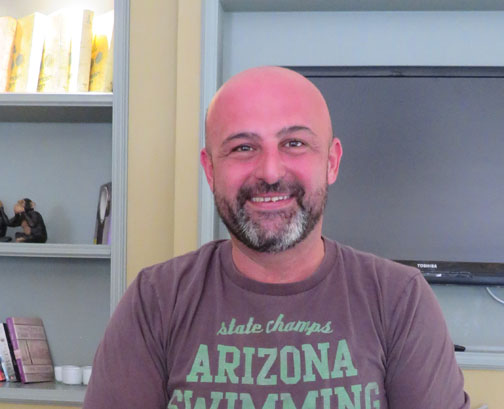 This is Revital, our outstanding guide in Israel.  She made the trip fun, interesting, and educational!  She had the challenge of trying to teach us the complicated history of Israel going back 3,000 years up to the current present.  And she was up to it! 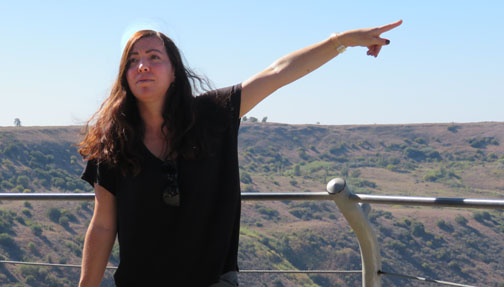 And here is the group of 16 well-traveled members of our tour group who came from all over the US.  We were traveling during the mid-term elections, and not one peep was uttered about US politics.  We put congeniality before political opinions – well done!  We had lots of laughs along the way and made great memories together.

To sum up, it was a fabulous trip, rich in cultural experiences.  Unique to this trip for me was learning how the complicated history of the Mid-East impacts current times. It was a tour packed with activities and lots of walking and climbing steps, and although I gained weight, my legs are stronger than they have been in a long time!

Here is a map of my incredible three-week journeys in Jordan and Israel.

Now I’m thinking about where I want to go next.

3 thoughts on “People of Israel and Jordan”